In 2016, we started a series called the “24 Solar Terms” to give our own design interpretation. We decided to create mini watercolor themed visuals and blending in some line graphic elements. This was in line with the little mini watercolor classes we have held in our office during lunch breaks. Unfortunately, with the priority on client projects, we did not manage to complete designing the 24 solars but we are still quite proud of what we have managed to accomplished. This whole project was also a way for us to do some creative work that was completely separate from what we do day-in day-out. It was a fun exercise.

So, here is a look at some of what we have managed to develop throughout the Year of the Monkey (in 2016). 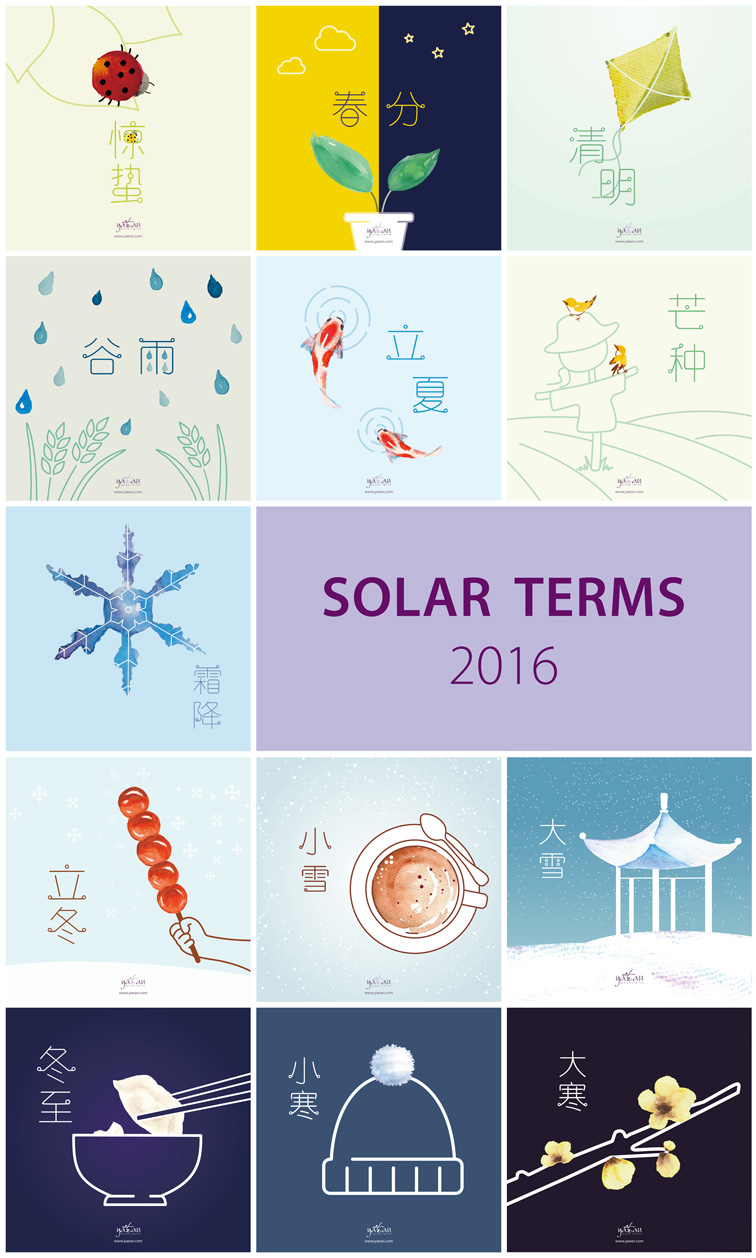 With the advent of the Year of the Rooster just a few days ago, we are restarting our new take on the “24 Solar Terms” with a new design style. Here is a look at the first and second solar terms of the year:

“Lichun” (立春), falling on the 3rd to 4th of February every year, when the sun reaches the celestial longitude of 315°. “LI (立)” means start in Chinese, signalling the beginning of Spring. 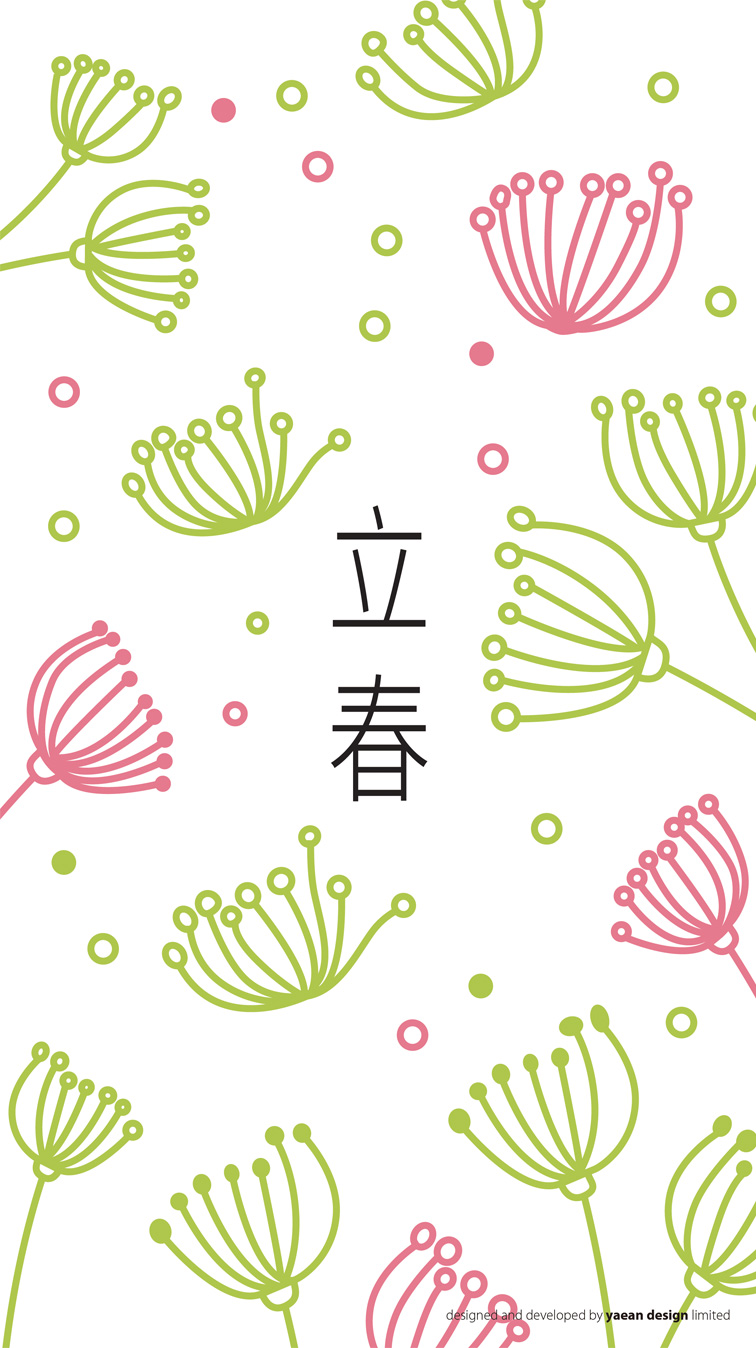 “Yushui” (雨水), literally translated as “rain water”, usually begins around 18th to 20th of February every year, when the sun reaches the celestial longitude of 330°. Typically this is the period of rainfall in the whole year. 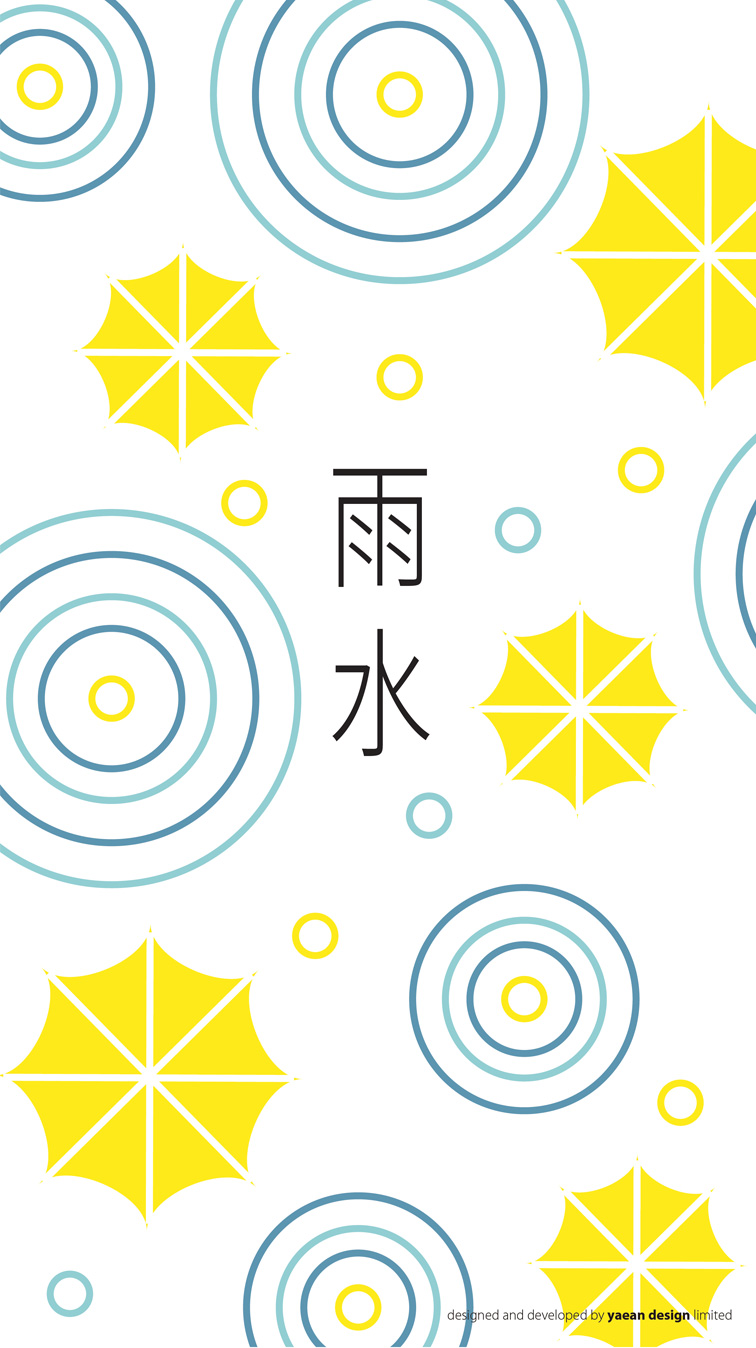 The 24 solar terms is based on the knowledge in China of time and practices developed through observation of the sun’s annual motion. Created by farmers in ancient China, these were to help guide the agricultural affairs and farming activities. Each of these 24 solar terms reflect the changes in climate, natural phenomena, agricultural production, and other aspects of human life, including clothing, food, housing, and transportation. The 24 solar terms have played important roles in the Chinese culture and history and have greatly influenced people’s basic needs in life, even up to the current times.

In late November 2016, China’s “The Twenty-Four Solar Terms” is inscribed on the Representative List of the Intangible Heritage of Humanity during the 11th session of the UNESCO, making this cultural identity even more visible and significant.